Towards an updated dialect atlas of British English 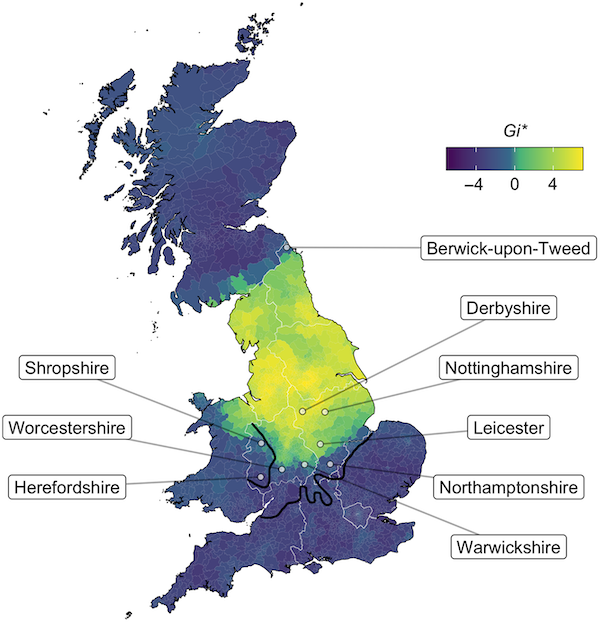 This paper presents the results of a survey of phonological, lexical, and morphosyntactic variation in British English, based on over 14,000 responses. We map twelve variables using geospatial ‘hotspot’ analysis. One of our aims is to document the patterning of under- and unstudied variables. A second aim is to track changes in real time, which we do by comparing our findings to those of the 1950s-era Survey of English Dialects (SED; Orton, 1962). We improve upon previous dialectological work by paying careful attention to the phonemic status of mergers and splits: In our contemporary data, we do this by asking subjects if they have a phonemic contrast; in the SED data, we do this by superimposing the isoglosses for individual phones. We find evidence for both stability and change; we document previously unverified patterns. Perhaps most importantly, we identify a number of directions for future research.